DSSAT Training Workshop 2014 at the University of Georgia 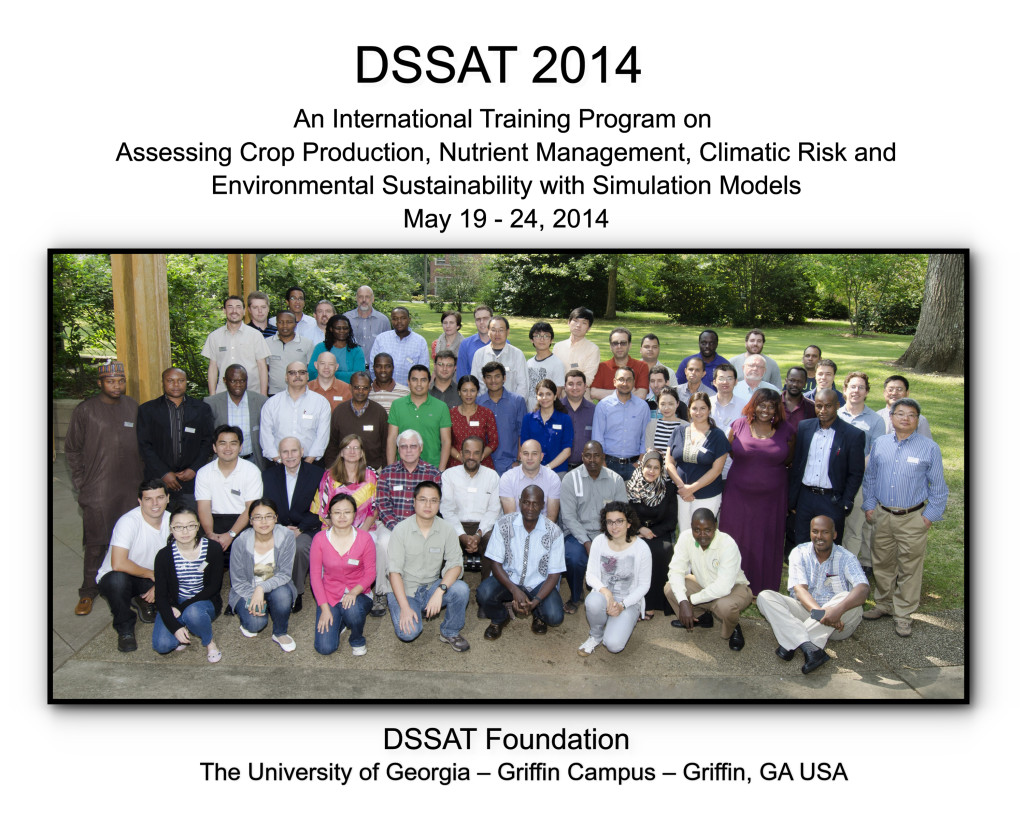 The largest crop modeling training workshop of the year – the 2014 DSSAT Training Workshop was successfully held at the University of Georgia’s Griffin Campus during the week of May 19th. Total of 57 participants, representing 22 countries, attended the 6-day workshop to learn from the science and background of various components of the cropping systems modeling to the example application of models. A near-final version of DSSAT v4.6 was used in the training program.

In case you missed – the next year’s training program is already scheduled to be held at the same venue in Griffin, Georgia, during the week of May 18, 2015.