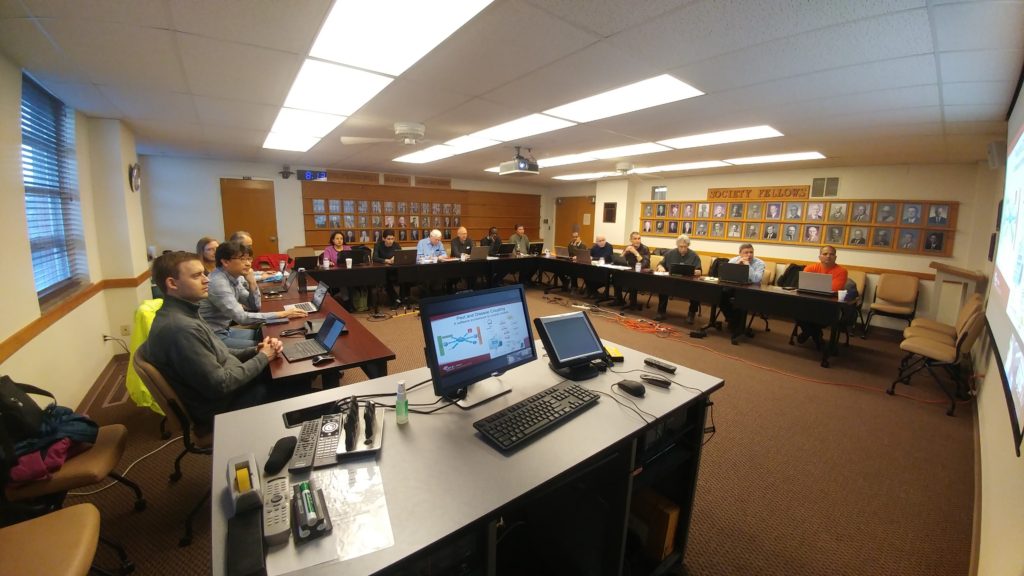 During the week of January 9 through 13, 2017 a group of DSSAT developers met at Oklahoma State University for the 6th DSSAT Development Sprint (See the Agenda at Google Sites).

The meeting was hosted by Dr. Phil Alderman and Dr. Gopal Kakani of the Department of Plant and Soil Sciences. Progress was made on the development of the forage module for the simulation of perennial grasses, improvement of the cassava, sunflower and safflower models, new irrigation management features, pest and disease coupling, and various other improvements.

The source code for these developments can be found on the GitHub Portal under DSSAT. The next DSSAT Development Sprint is scheduled for the second week of July 2017.